Then three years old, Thor had been sitting in the child seat on the front of his father’s bike, when he accidentally got his foot caught in the rotating spokes, resulting in a serious ankle injury. Initially taken to the Hawke’s Bay Fallen Soldiers’ Memorial Hospital, it was clear that Thor needed urgent specialist treatment, and was transferred by the Lowe Corporation Rescue Helicopter Crew to Hutt Hospital for an emergency skin graft.

Thor’s mum Trish, who replied to the appeal and who is now one of the Trust’s valued Event Volunteers, brought Thor along to the Rescue Helicopter Hangar to meet Pilot Jeremy Bruce and the team.

“At the time of the accident, we were so worried about Thor, and whether or not there would be any permanent damage to his ankle” Trish said, adding, “Although Thor himself doesn’t remember much about the accident, or the helicopter ride!”

Since making a full recovery, Thor has become a keen scooter rider, notching up over 80 hours a week at his local skate park in Napier. Thor is currently the NZ Scooter Champion for his under 10yr age bracket, and recently travelled to Australia to represent New Zealand in the AsA Scooter Finals in Brisbane.

Jeremy Bruce said, “it was wonderful to meet Thor again. It’s rare that we hear from patients once they leave our care, so it was fantastic to see how well he has recovered and how well he is doing now” 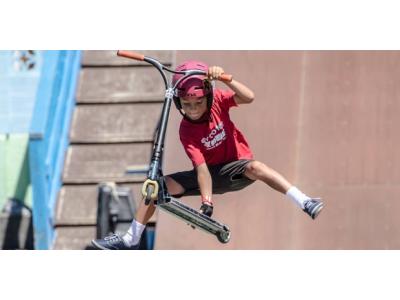