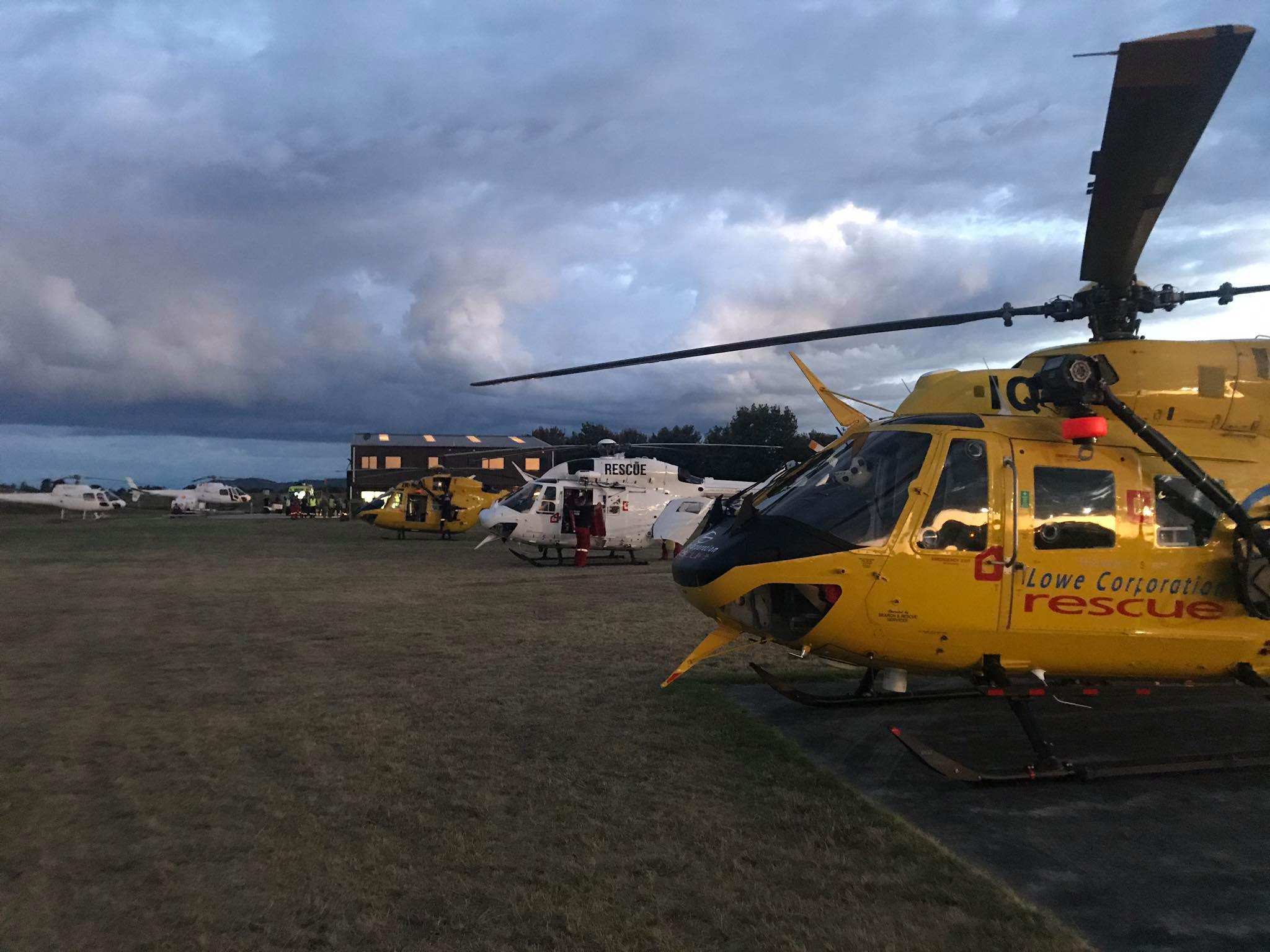 Monday 9 December 2019 started as any other for the team at our Hastings base. But as can be the case, it turned out to be a day that tested our service to the maximum and has left a lasting impression on everyone involved.

Early afternoon our base received an urgent emergency call saying there had been a volcanic eruption at Whakaari / White Island in the Bay of Plenty. From that initial call, we knew it was going to be huge mission with many casualties; one that would require our full Intensive Care Paramedic strength.

Ryan Sutherland was called in from off duty and joined fellow paramedic, Steve Lynch and Jeremy Bruce as pilot, with Ian Clarke as crewman.

Quickly the crew loaded gear, double checking supplies to ensure they could provide the specialist help needed to meet the type of injuries likely. Then the team set off for Whakatane, being the first to arrive of many other rescue helicopters from around the North Island.

What greeted them on arrival was more than could have been imagined – a hive of desperate activity with panic-stricken people and patients all around.

Steve and Ryan sprang immediately into action. Steve raced to the first boat to provide aid. His first task was to sadly confirm that the patient was already deceased. The injuries he saw on that boat were some he’d never seen before, and he hopes never to see again. The horrific burns and effects from the sulphuric acid on so many people of all ages, all suffering terribly and needing immediate help, is not something he says he will ever forget.

One young man, who had been on the island that day with his family, had been brought in by boat and placed on the marina. He had suffered burns to over 60 percent of his body. Steve and Ryan knew that to have any chance, the young man needed immediate breathing assistance through Rapid Sequence Induction (RSI). He was sedated to unconsciousness and a breathing tube inserted to take control of his breathing.

Our crew then flew him directly to Waikato Hospital for the care he needed.

Many of the victims that day had compromised airways and this procedure was urgently repeated over and over to provide the victims with a chance to survive, not just immediately but into the long-term and ongoing recovery they would be facing.

For 12 hours straight, our team worked, helping as many people as they could and transporting them to specialist care in different hospitals around the country.

One such trip was to fly from Whakatane Hospital to Auckland City Hospital. A female patient was in critical condition with burns to over 40 percent of her body. It was a complicated flight due to the severity of her burns and tested the team’s paramedics skills. She was loosely wrapped in cling-film to protect her skin and it was imperative that her vital signs were vigilantly checked to ensure she was stable for the full flight.

After delivering her to Auckland Hospital, the helicopter had nearly exceeded the 12-hour operation work limit. Although all the men wanted to do was get home to loved ones after such a traumatic and confronting day, there wasn’t enough flight time left to get to home base.

Instead, the crew flew to Hamilton to our sister Rescue Helicopter base, to sleep and recover.  Next morning, they flew back to Hawke’s Bay to their families and friends who were all anxiously awaiting their return.

After a period of reflection, Steve says “Although it was a very difficult and sad day for everyone, and one that I will never forget, I am also very grateful and proud that my intensive care paramedic skills were able to make a difference in such an horrific tragedy.

“That is simply why I do what I do – I want to make a difference and I know that day I did.”